Netsol feedback machine was used by Alkapuri Ganesh Mandal Surat, at the time of Ganesh Chaturthi they were taking feedback from the people who were visiting Ganesh Mandap. The Volunteers has taken this device to all the visitors and made them to vote for the candidate for Next PM of their choice. Because the machine was wireless and can be taken anywhere between 200 meter radius to get the Feedback from the visitors. Nearly 92% of the people has voted for Mr. Modi as the next prime ministerial candidate. This clearly intimated the mental status of the GUJARAT’s people before 6 months from the election.

Netsol IT Solutions Pvt. Ltd. has designed a customized Rating PAD for this event. The rating PAD was having five button and it worked in wifi environment due to which the nearly 200 meter circumference was covered by the volunteer to take the Voting from the visitors. The Rating Result was displayed online in one of the Huge Token Display Screen and it was also kept live of the FB Page for viewers. Netsol IT Solutions Pvt. Ltd., one of the best embedded technology company of India, has developed Token Machine, Token Display Screens, Token KIOSK, Self Information KIOSK , Feed back machine,  Seven Segment Display Screen and many customized embedded devices for Many clients in India. Keeping this in mind the BJP volunteers from Surat has given this contract to Netsol to empower the MODI wave in the Surat city.

Mr. Modi won from both seats he contested; defeating Arvind Kejriwal, leader of the Aam Aadmi Party, in Varanasi and Madhusudan Mistry  of the Indian National Congress in Vadodara (by a margin of 5,70,128 votes, the second highest ever). Mr. Modi was unanimously elected as the leader of the BJP parliamentary party following his party’s victory in the Indian parliamentary elections and was subsequently appointed the prime minister by India’s president.   After his high-decibel campaign, Mr. Modi now needs to deliver on its promise – acche din aane wale hain (better days are ahead) – to keep the faith of those who identified with Modi’s politics of hope. The BJP was always seen as a business-friendly party with rightist economic leanings.   Netsol  is keen  to develop and deliver any such devices which can be useful for the government  in any sector. 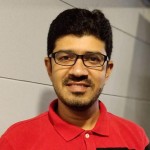 OUR CLIENTS BASE IN GLOBE